7 Benefits and Uses of CBD Oil 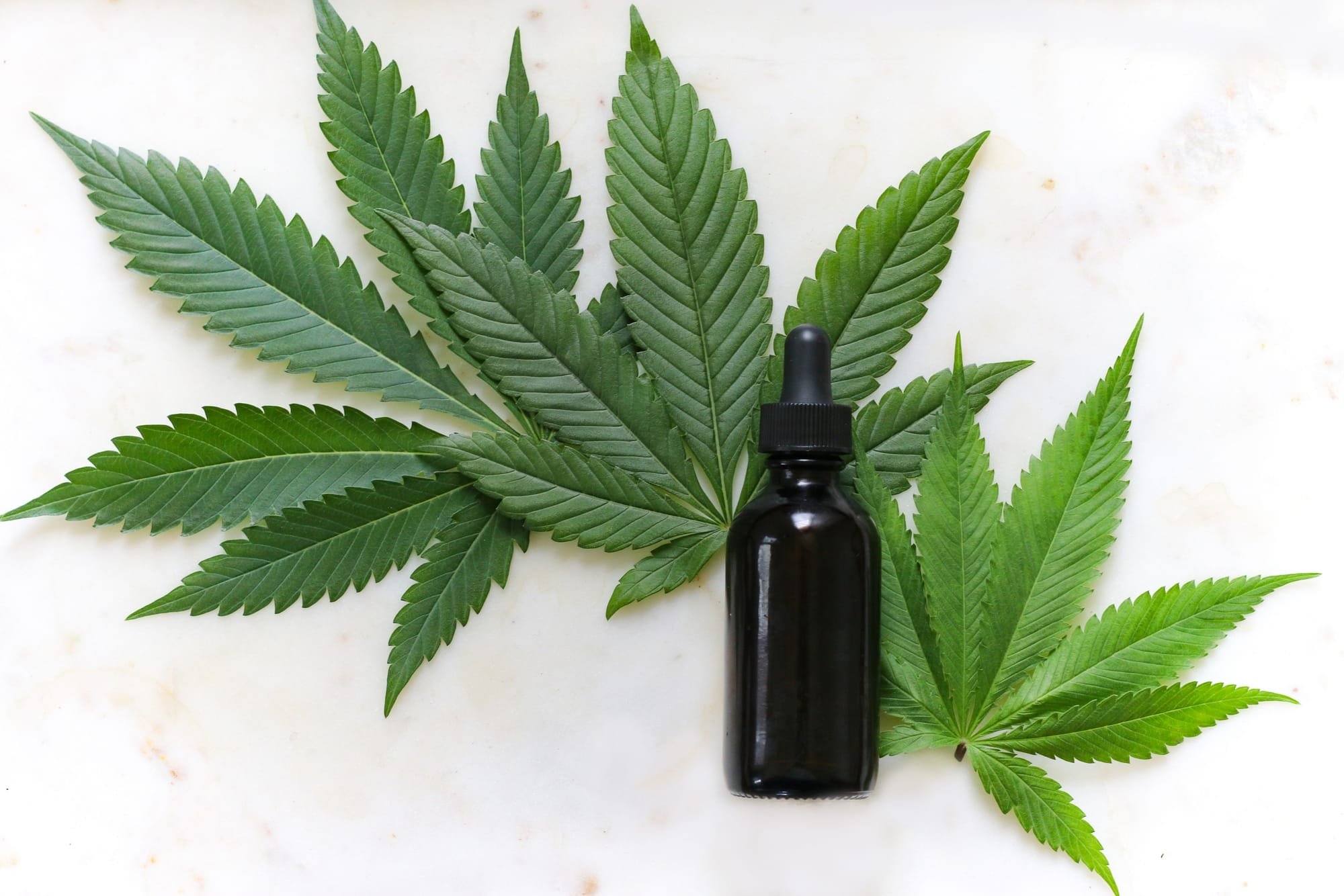 7 Benefits and Uses of CBD Oil (Plus Side Effects)Healthline.com

Healthline and our partners may receive a portion of revenues if you make a purchase using a link on this page.

Cannabidiol is a popular natural remedy used for many common ailments.

Better known as CBD, it is one of the 104 chemical compounds known as cannabinoids found in the cannabis or marijuana plant, Cannabis sativa (1Trusted Source).

Tetrahydrocannabinol (THC) is the main psychoactive cannabinoid found in cannabis, and causes the sensation of getting “high” that’s often associated with marijuana. However, unlike THC, CBD is not psychoactive.

This quality makes CBD an appealing option for those who are looking for relief from pain and other symptoms without the mind-altering effects of marijuana or certain pharmaceutical drugs.

CBD oil is made by extracting CBD from the cannabis plant, then diluting it with a carrier oil like coconut or hemp seed oil.

It’s gaining momentum in the health and wellness world, with some scientific studies confirming it may help treat a variety of ailments like chronic pain and anxiety.

Here are seven health benefits of CBD oil that are backed by scientific evidence.

Marijuana has been used to treat pain as far back as 2900 B.C. (2Trusted Source).

More recently, scientists have discovered that certain components of marijuana, including CBD, are responsible for its pain-relieving effects.

The human body contains a specialized system called the endocannabinoid system (ECS), which is involved in regulating a variety of functions including sleep, appetite, pain and immune system response (3Trusted Source).

The body produces endocannabinoids, which are neurotransmitters that bind to cannabinoid receptors in your nervous system.

Several human studies have found that a combination of CBD and THC is effective in treating pain related to multiple sclerosis and arthritis.

An oral spray called Sativex, which is a combination of THC and CBD, is approved in several countries to treat pain related to multiple sclerosis.

In a study of 47 people with multiple sclerosis, those treated with Sativex for one month experienced a significant improvement in pain, walking and muscle spasms, compared to the placebo group (7Trusted Source).

Another study found that Sativex significantly improved pain during movement, pain at rest and sleep quality in 58 people with rheumatoid arthritis (8Trusted Source).

SUMMARYCBD, especially in combination with THC, may be effective in reducing pain associated with diseases like multiple sclerosis and rheumatoid arthritis.

2. Could Reduce Anxiety and Depression

Anxiety and depression are common mental health disorders that can have devastating impacts on health and well-being.

According to the World Health Organization, depression is the single largest contributor to disability worldwide, while anxiety disorders are ranked sixth (9).

Anxiety and depression are usually treated with pharmaceutical drugs, which can cause a number of side effects including drowsiness, agitation, insomnia, sexual dysfunction and headache (10Trusted Source).

What’s more, medications like benzodiazepines can be addictive and may lead to substance abuse (11Trusted Source).

CBD oil has shown promise as a treatment for both depression and anxiety, leading many who live with these disorders to become interested in this natural approach.

In one study, 24 people with social anxiety disorder received either 600 mg of CBD or a placebo before a public speaking test.

The group that received the CBD had significantly less anxiety, cognitive impairment and discomfort in their speech performance, compared to the placebo group (12Trusted Source).

CBD oil has even been used to safely treat insomnia and anxiety in children with post-traumatic stress disorder (13Trusted Source).

These qualities are linked to CBD’s ability to act on the brain’s receptors for serotonin, a neurotransmitter that regulates mood and social behavior.

SUMMARYUsing CBD has been shown to reduce anxiety and depression in both human and animal studies.

One study looked at the effects of CBD and THC in 177 people with cancer-related pain who did not experience relief from pain medication.

Those treated with an extract containing both compounds experienced a significant reduction in pain compared to those who received only THC extract (16Trusted Source).

CBD may also help reduce chemotherapy-induced nausea and vomiting, which are among the most common chemotherapy-related side effects for those with cancer (17Trusted Source).

Though there are drugs that help with these distressing symptoms, they are sometimes ineffective, leading some people to seek alternatives.

Some test-tube and animal studies have even shown that CBD may have anticancer properties. For example, one test-tube study found that concentrated CBD induced cell death in human breast cancer cells (19Trusted Source).

However, these are test-tube and animal studies, so they can only suggest what might work in people. More studies in humans are needed before conclusions can be made.

SUMMARYThough CBD has been shown to help reduce symptoms related to cancer and cancer treatment, and may even have cancer-fighting properties, more research is needed to assess its efficacy and safety.

Acne is a common skin condition that affects more than 9% of the population (21Trusted Source).

It is thought to be caused by a number of factors, including genetics, bacteria, underlying inflammation and the overproduction of sebum, an oily secretion made by sebaceous glands in the skin (22Trusted Source, 23).

Based on recent scientific studies, CBD oil may help treat acne due to its anti-inflammatory properties and ability to reduce sebum production.

Another study had similar findings, concluding that CBD may be an efficient and safe way to treat acne, thanks in part to its remarkable anti-inflammatory qualities (25Trusted Source).

Though these results are promising, human studies exploring the effects of CBD on acne are needed.

SUMMARYCBD may have beneficial effects on acne due to its anti-inflammatory qualities and its ability to control the overproduction of sebum from the sebaceous glands.

Researchers believe that CBD’s ability to act on the endocannabinoid system and other brain signaling systems may provide benefits for those with neurological disorders.

In fact, one of the most studied uses for CBD is in treating neurological disorders like epilepsy and multiple sclerosis. Though research in this area is still relatively new, several studies have shown promising results.

Sativex, an oral spray consisting of CBD and THC, has been proven to be a safe and effective way to reduce muscle spasticity in people with multiple sclerosis.

One study found that Sativex reduced spasms in 75% of 276 people with multiple sclerosis who were experiencing muscle spasticity that was resistant to medications (26Trusted Source).

However, it’s important to note that some people in both these studies experienced adverse reactions associated with CBD treatment, such as convulsions, fever and diarrhea.

CBD has also been researched for its potential effectiveness in treating several other neurological diseases.

For example, several studies have shown that treatment with CBD improved quality of life and sleep quality for people with Parkinson’s disease (29Trusted Source, 30Trusted Source).

Additionally, animal and test-tube studies have shown that CBD may decrease inflammation and help prevent the neurodegeneration associated with Alzheimer’s disease (31Trusted Source).

SUMMARYThough research is limited at this time, CBD has been shown to effectively treat symptoms related to epilepsy and Parkinson’s disease. CBD was also shown to reduce the progression of Alzheimer’s disease in test-tube and animal studies.

Recent research has linked CBD with several benefits for the heart and circulatory system, including the ability to lower high blood pressure.

High blood pressure is linked to higher risks of a number of health conditions, including stroke, heart attack and metabolic syndrome (33Trusted Source).

Studies indicate that CBD may be a natural and effective treatment for high blood pressure.

One recent study treated 10 healthy men with one dose of 600 mg of CBD oil and found it reduced resting blood pressure, compared to a placebo.

The same study also gave the men stress tests that normally increase blood pressure. Interestingly, the single dose of CBD led the men to experience a smaller blood pressure increase than normal in response to these tests (34Trusted Source).

Researchers have suggested that the stress- and anxiety-reducing properties of CBD are responsible for its ability to help lower blood pressure.

Additionally, several animal studies have demonstrated that CBD may help reduce the inflammation and cell death associated with heart disease due to its powerful antioxidant and stress-reducing properties.

CBD has been studied for its role in treating a number of health issues other than those outlined above.

Though more studies are needed, CBD is thought to provide the following health benefits:

SUMMARYSome studies suggest that CBD may be an effective treatment for diabetes, substance abuse, mental disorders and certain types of cancers. However, more research in humans is needed.

Are There Any Side Effects?

Though CBD is generally well tolerated and considered safe, it may cause adverse reactions in some people.

Side effects noted in studies include (40Trusted Source):

CBD is also known to interact with several medications. Before you start using CBD oil, discuss it with your doctor to ensure your safety and avoid potentially harmful interactions (41Trusted Source).

SUMMARYAlthough CBD is generally considered safe, it can cause adverse reactions like diarrhea and fatigue in some people. It may also interfere with certain medications.

CBD oil has been studied for its potential role in treating many common health issues, including anxiety, depression, acne and heart disease.

For those with cancer, it may even provide a natural alternative for pain and symptom relief.

Research on the potential health benefits of CBD oil is ongoing, so new therapeutic uses for this natural remedy are sure to be discovered.

Though there is much to be learned about the efficacy and safety of CBD, results from recent studies suggest that CBD may provide a safe, powerful natural treatment for many health issues.